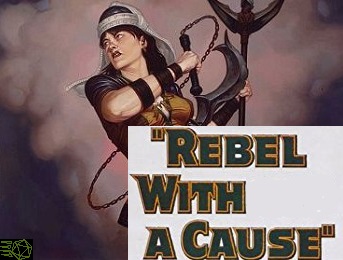 In our last Premodern article, we discussed my picks for what Black cards will impact the up-and-coming format.  This time, we take a look at Black’s enemy color, White, and see how White plans to stand toe-to-toe with the best Black cards printed between 1995-2003.

The only White cards banned in Premodern are Balance and Land Tax.  That keeps things pretty simple.  Just like last time, I think Premodern’s creator Martin Berlin’s sample decklists at premodernmagic.com are a natural place to start.

1. Survival of the Fittest components. 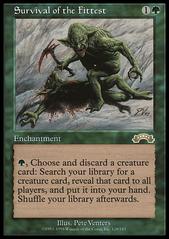 One of the most ubiquitous combo decks of all time, centered around Survival of the Fittest, makes great use of White.  It uses Akroma, Angel of Wrath as a win condition after being dumped into the graveyard and then reanimated by either Recurring Nightmare or Living Death.  Other than Akroma, White is used for its toolbox of Monk Realist to destroy troublesome enchantments and Radiant’s Dragoons to provide a life buffer and a high-toughness blocker against Burn/Sligh decks.  Feel free to chuck her into the way of a Ball Lightning.  You aren’t going to pay the Echo cost, anyways.  As a side note, I always thought that the art of Radiant’s Dragoons was pretty sweet.  Now is the chance to snag a foil one because Urza’s Legacy foils are already getting pretty scarce.  They will only get more difficult to find and more expensive when Premodern becomes mainsteam.

Since the very beginning of Magic, White has been almost exclusively used as a “helper” color to support another color’s goal.  It’s a great splash color into control decks.  White excels at providing life gain and removal to stall out a game.  It has some of the best removal in the game with Swords to Plowshares and Wrath of God.

Two less-used but, in my opinion, still noteworthy cards are Wing Shards and Cataclysm.  Both cards are untargetable removal which get around Shroud/Hexproof.

Finally, White also has a great win condition for control, Decree of Justice, which either creates a couple Angel tokens or cycling an uncounterable army of Soldiers during your opponent’s End Step. 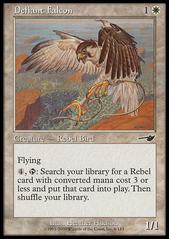 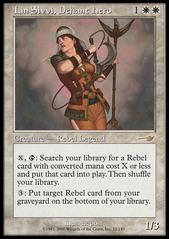 The engine to find Lin-Sivvi, Defiant Hero starts with Ramosian Sergeant finding a Defiant Falcon.  Lin-Sivvi is among the best cards in the Premodern format, period.  She is so good that she was banned from Mercadian Masques Block Constructed play on July 1, 2000, less than five months after she was released.  Unfortunately, I wasn’t really a competitive player, much less a Type II or Block Constructed player, during her short-lived reign of terror.  Therefore, I don’t have much more input to add other than the fact that one badass dudette that brings a bunch of friends with her has been a winning strategy in every card game ever created!

Once Lin-Sivvi gets going, it’s all over.  After that, it quickly spirals out of control as Lin-Sivvi allows you to search for and recur the remaining Rebels.

The deck is often paired Blue/White (U/W), not Mono White, so that the Rebels gain the benefit of Blue’s counterspells to protect the uncounterable creature search engine.  Almost every other Rebel in the deck can summon Whipcorder, which then provides an uncounterable tap engine.  Mother of Runes, who isn’t a Rebel, also provides countermagic insofar as she sits back and sips tea while giving the targets of your opponent’s spells protection from that spell’s color.  I like the tech of Reverent Mantra, which is ripe for a buyout at bulk rates.  Shared Triumph seems a bit overkill to me but what do I know?

The less obvious cards that I think will impact the Premodern format as innovation continues and the metagame evolves are as follows:

4. Enchantment combo decks, such as Opalescence, Lands, and Enchantress. 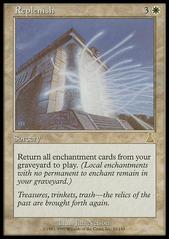 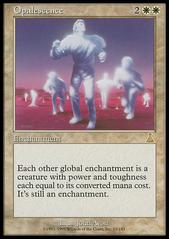 White has always been one of the best colors for enchantment combos, tutoring, removal, and other interactions.  The specific combination of Replenish and Opalescence can be quite deadly if your opponent hasn’t been preparing for the army of enchantments that you have been dumping into your graveyard all game. 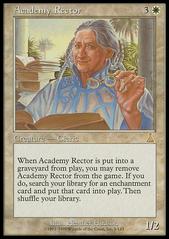 Academy Rector and Enlightened Tutor helps you find the combo pieces that you need. 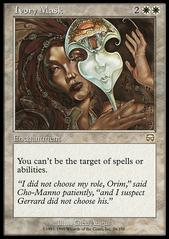 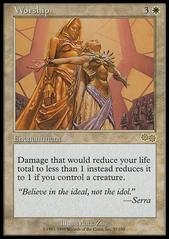 A 4/4 that gives you Hexproof, Ivory Mask, and a free 4/4 that makes it so you can’t go below one life, Worship, seem like pretty good cards to me!

That’s right, the bane of the Onslaught Block itself:  Astral Slide!  Filled with great cards that cycle for effects like the aforementioned Decree of Justice, Renewed Faith, and Eternal Dragon, the Astral Slide deck is sure to make an initial impact on Premodern. 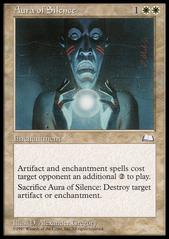 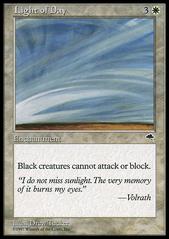 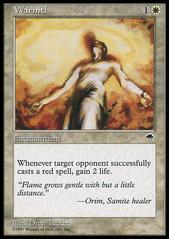 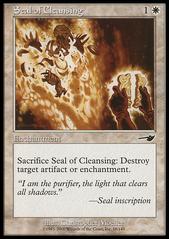 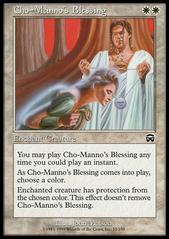 Earlier, in the context of Control decks, I mentioned that White was a “helper” color.  As a “helper” color, it also packs a mean punch in the sideboard department.  There isn’t much to be said about the above cards.  I’m not going to spend any time discussing them because they are pretty self-explanatory.  You should include them in your sideboards depending on what your local Premodern meta (hah!) looks like. 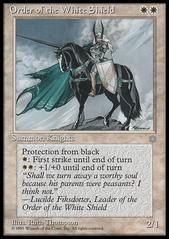 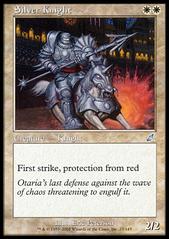 Cost-efficient, resilient creatures bestowed with Vigiliance, First Strike, and the protective properties of White Magic has been a winning strategy since somebody put Savannah Lions and Crusade together.  Premodern is no exception! 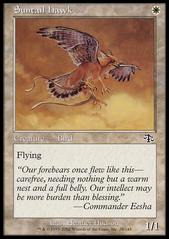 Old School White Weenie decks make use of Osai Vultures as one off the only flying threats in the deck, although after 1995 we had the printings of Suntail Hawk and Battle Screech.  However, the finance ship has sailed on Battle Screech, which is a Pauper staple! 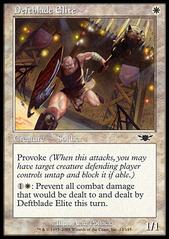 We can also plagiarize a little bit of this Premodern list with the other Pauper Staples: Standard Bearer and Deftblade Elite.

Edit: Here’s a sample list that I came up with in our Discord: 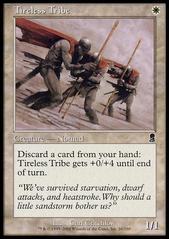 It should be noted that Tireless Tribe is the finisher in a Pauper Combo Madness deck that revolves around discarding cards to Tireless Tribe and then switching their power and toughness with About Face.  I won’t bore you with any further details, but I can confirm that the deck is fun and Premodern legal so it should be on your radar as both a budget Premodern option and as a possible opponent.

White doesn’t pack a lot of big baddies, but the ones that it does pack are among the biggest and the baddest.  In this department, White values quality over quantity.  We’ve already mentioned Akroma in the context of Survival of the Fittest, but a reanimated Reya Dawnbringer after a Buried Alive can result in two or even three of the best creatures in the game being on your side of the battlefield as early as turn two.

Finally, there aren’t many things that are more fun than Sneak Attacking a Serra Avatar FTW.

Thanks for reading.  If you read this far, consider joining our Discord and argue with me about the merits of these White cards in real time!  We’ll be brewing up some Premodern decklists like last time.  At the very least, come in and tell me what color to talk about next!

If you enjoyed the article, be sure to follow along on Facebook, Twitter, YouTube, Instagram, and Patreon, so that you don’t miss anything.  If you didn’t enjoy the article, let us know why!  We strive to provide entertaining yet informative content and take into consideration all constructive feedback that we receive.