Destiny: It’s an EMP Grenade, NOT an ION Grenade! 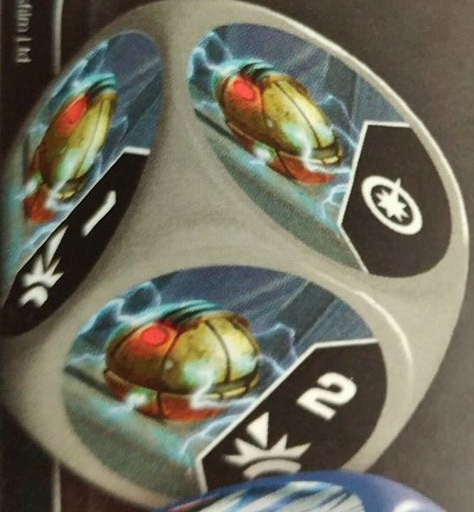 The mystery has been solved!  The above image can be found on the Empire at War booster pack display box and the August issue of Game Trade Magazine.  Since the image was spoiled, many have theorized what the image represents and what the special side will do. 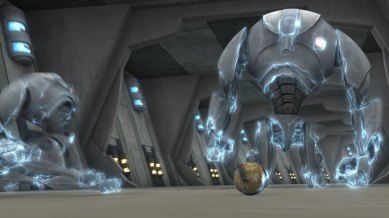 As you can see, the spoiled image looks a lot closer to the canon representation of an EMP grenade than an ion grenade.

In Destiny, Droid is a subclass of Support cards.

I think we can expect to see the EMP grenade to provide some sort of disabling effect to the opponent’s Droids, if not all Supports.  We already have a card that exhausts Supports, so it would be nice if FFG broke into some new design space.  I think it would be cool if the special side of the EMP grenade prevented an exhausted Droid from readying on the following turn, similar to Carbon-Freezing Chamber.

We may be able to find another clue in some of FFG’s other games.  FFG loves to reuse old art that they have already commissioned on new games, so maybe we can take a look at what the EMP grenade does in Imperial Assault:

We are proud to announce a new collaboration with TopDeckTCG.com!  TopDeckTCG is your home for Star Wars Destiny strategy, content and singles! TopDeckTCG brings you everything that is Star Wars Destiny from great priced singles and promo cards to build your deck, competitive match play videos, deck tutorials and articles. Click Here For Singles!

One Comment on “Destiny: It’s an EMP Grenade, NOT an ION Grenade!”