Earlier this week, I was hastily walking through the streets of historic Downtown Boston in the Springtime.  It was about fifty degrees and twenty mile per hour wind gusts were blasting my face.  The street that I was walking on had a steep incline and my shins were aching.  I had just finished grocery shopping and, with a paper bag filled with frozen foods in each hand, I felt like my arms were going to fall off.  My head was down to avoid eye contact or conversation with other less-than-friendly pedestrians.  While catching my breath, I looked up and saw this:

I thought to myself, “I’ve got some time to kill.  I wonder…”

I shoved and shoved until the heavy, rusty, bulletproof door opened and I walked inside.  Immediately, and much to my surprise, I was heartily greeted by an enthusiastic older man.  I had expected something more like this:

Anyways, my conversation with the owner went like this:

Without a word, the owner walked away from the counter, shoved a cabinet out of the way, reached into a hole in the wall, and then slammed down two “1000 count” boxes filled with Magic cards.

I sorted through the first box, the “$1 each” box, and found mostly bulk except for three Circular Logics (a Pauper staple used in conjunction with Tireless Tribe) and three Ice Age Snow-Covered Islands.  I snapped at the chance to grab these six cards for a mere $6.

In the meantime, an older gentleman came in and bought an entire booster box of baseball cards.  He mentioned that he was hoping to open, “that new [derogatory slang term] guy that we just got,” referring to a new Boston Red Sox player.  Next, a couple walked into the shop and tried to sell a silver dollar.  They mentioned that they had looked up the coin online and that it was worth hundreds if not thousands of dollars.  The store owner took one look at the coin, crossed his arms, and said:

He elaborated, “I sell these for $8,” and pulled out an empty milk jug full of silver dollars that had “$8 each” in Sharpie written on it.  The couple scoffed and left.  In frustration, the owner mumbled to himself “If you can sell it on the internet for a grand, why did you even come in here?”  I snickered to myself.  As a fellow numismatist (coin collector), I too knew the struggle of haggling with “internet-certified” owners of collectibles.  Finally, a handful of Finance District bros walked in and oogled over a misprinted baseball card and then left without purchasing anything.  The owner was now visibly annoyed.

The second box, the “$40 take-the-whole” box, was loaded with goodies.  A Rhystic Study, a Gush, a Priest of Titania, and stacks of Terminates and Kodama’s Reaches.  As some background information, my day job is as a professional negotiator in complex legal matters.  I told the owner, “Listen, I know you want to sell the whole box, but I’m only interested in about a dozen singles.  I’ll take them for a buck each or I’d be willing to make an offer on the whole box, but I don’t want to insult you.”  He looked at me, smiled, and said, “Make an offer!  Worst I can say is no.”  “Fifteen?”  He spun around, walked into a back office, and had a conversation with someone in the back office, much like how a car salesman goes back and “checks with his manager” before making a counteroffer.  After a minute or two, he returned with “He says make it twenty.”  I thought to myself, “Not bad.  50% off after the first offer!”

Before I responded, I asked if he had any more cards.  He confirmed that he did and brought out another 1000 count box.  I told him “I’ll consider the twenty while I look through this one.  How many more do you have?”  He said that he had a bunch.  I asked what he meant by a bunch.  A dozen?  Half dozen?  Twenty?  He confirmed he had about a half dozen and that they are all the same deal as the second box: either buy the whole box or hit the road.

The third box was worse than the first box.  It was 99.9% bulk and a Serum Visions.  I told him “Listen, I know the deal is to buy the whole box, but this one is worthless except for one card.  I’ll toss ya a buck for the one and it will be like nobody was the wiser.”  Again, he went into the backroom, asked the person for permission, and returned with a nod.  Bam.  Another well-spent dollar.  The owner elaborated further, “Sorry, they are my son’s cards and he is in the back room.  He collected them for the art but never played.  Do you play?”  I spent the next twenty minutes explaining to him that this is the 25th Year Anniversary of the game, that I had just returned from a major tournament, and that the competitive scene was huge.  He was delighted to shoot the shit and we talked about coins, sports, and all kinds of stuff while I sorted through the box.  I was just happy to be no longer sorting through 999 sticky Trained Armodons.

Boxes four and five were complete duds.  There wasn’t anything worth more than a quarter.  It was neither worth my time nor effort to haggle, sort, or try to trade or sell the small stuff.  However, good things come to those who wait and the last box was A. Freaking. Gold. Mine.  Within the first ten cards, there were Modern staples such as Logic Knot and perfectly preserved reserved list and Old School 93/94 staples such as Aisling Leprechaun, Pixie Queen, and Angelic Voices.

Having already realized that the sixth and final box was worth an investment, I looked up at the owner and said, “I’m going to stand firm at $15 on the first box, but now I’m willing to offer you $30 for both boxes.”  After the owner took one final trip from the counter to the backroom, a handshake, and $37, I was the proud owner of these:

Having fully sorted through the last box , I’ve added over $210 worth of singles to my Deckbox.org Inventory with competitive cards like Doomsday and Reanimate as well as valuable, flavorful cards such as Bounty Hunter.  Not bad for $37.  I also intend on giving the first box a second look.

Edit: sorted the first box on stream and came back with another $40 worth of singles for a grand total of $250.

A few days later, while writing this very article, I dug up a 2016 newspaper article which described the colloquially-known “Hobby Street” as having declined since skyscrapers and fancy restaurants took over the street.  The owner of the pawn shop was interviewed for the article, along with the owner of a neighboring antique fountain pen store and the oldest camera store in New England, who all lambasted about their failing industries since they started working there in the early 1980s.

By the way, here are the honorable mentions for the title of this recurring segment:

Coming in at #2 was my half-hearted suggestion: 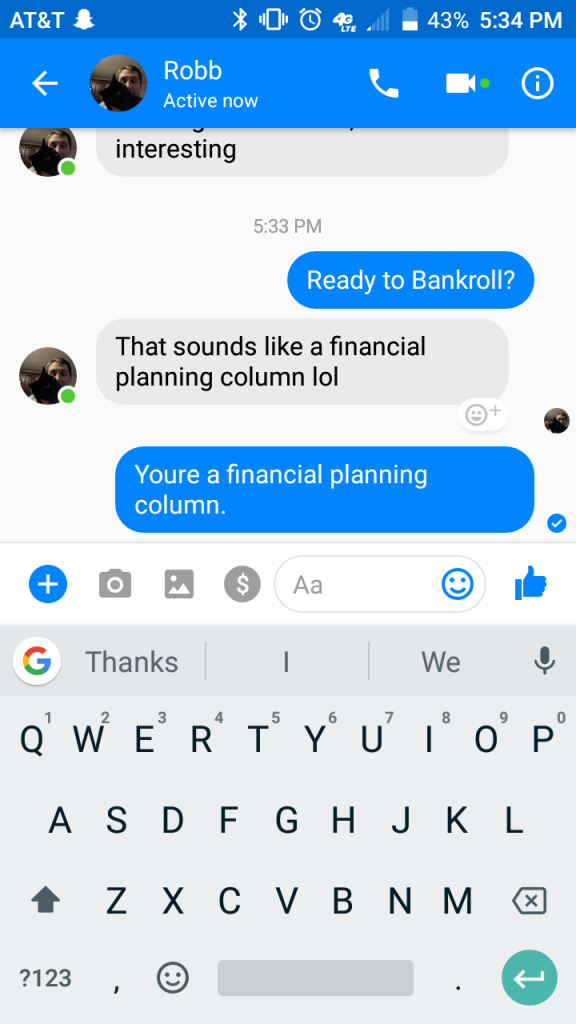 And the four way tie for first were all submitted by a good friend of ours (shoutout to Tom aka Awding), “Deep Pawn,” “Thran Stars,” “Homarid Pawning Bed,” and “Pawnos’s Weaponry.”