We’re here with the 4th entry into our Adventure Seeds series (check out the new Adventure Seeds link in the header to find our previous articles), and today’s theme, by popular demand, is Port City Adventure Seeds! As I tend to run my games inland, this one was a bit of a welcome challenge for me.

Per usual, I have some assumptions about the port city in question, but you should be able to adapt any of these to fit a port city of different shape, size, or other quality. Here are the assumptions: 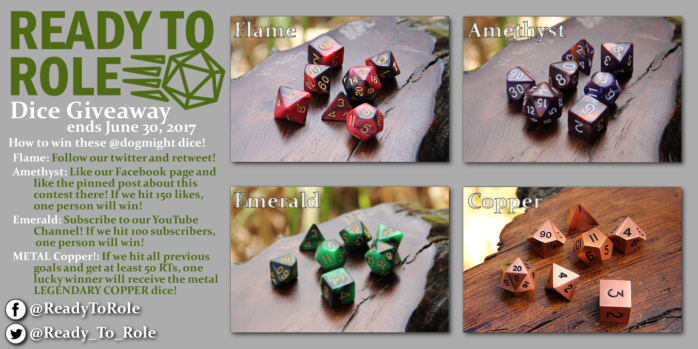 There’s still a day and a half to enter our giveaway and win some dice! All goals have been met, so all four sets (including those amazing metal Copper dice) are going to be given away to followers of our social media! Be sure to check us out on Facebook, Twitter, and YouTube to win!

And as always, be sure to check out our friends over at FlipSide Gaming and use code READYTOROLE at checkout to save 10% off your next order!