Evaluating the Competitive Viability of Creatures 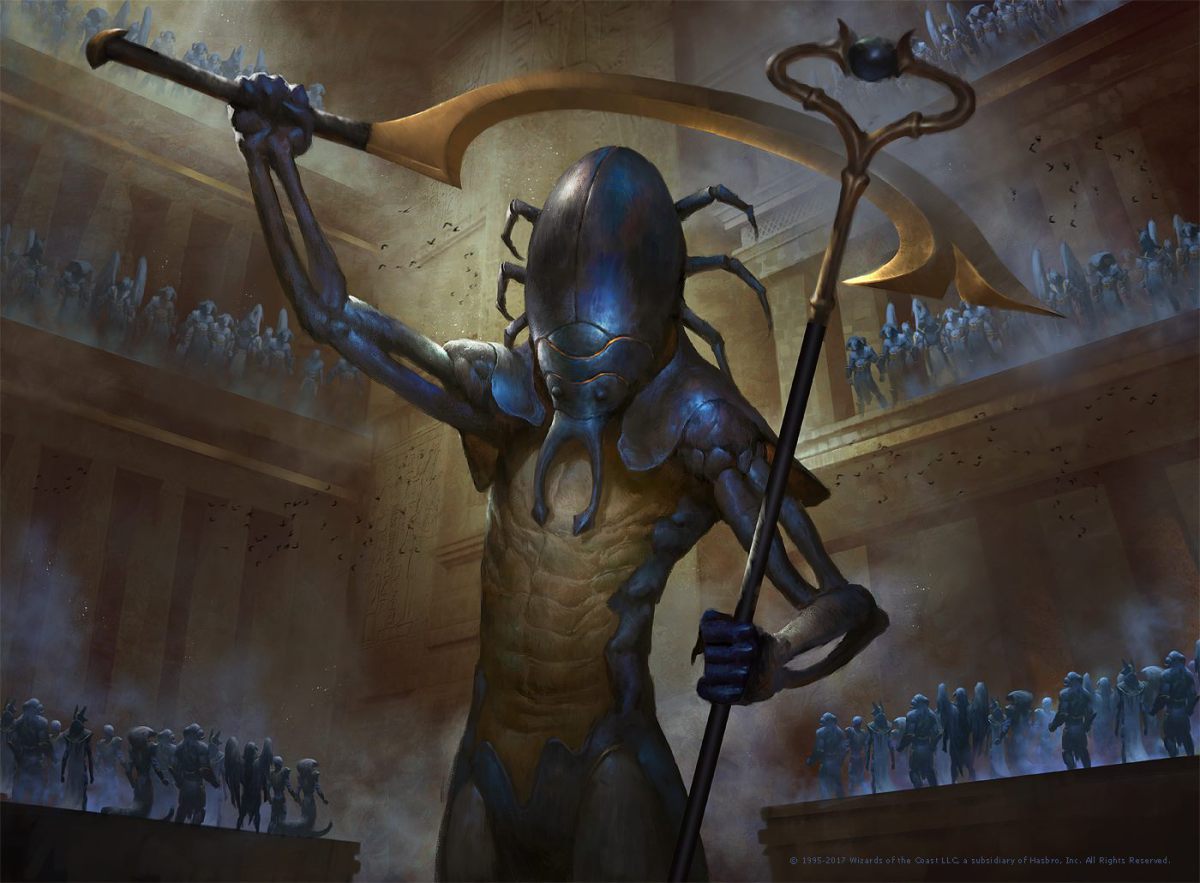 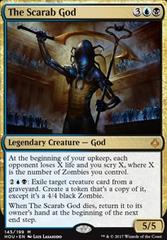 Unless you have been living under a rock, you have either heard about or directly experienced the cost-efficiency of The Scarab God.  I mean, this guy does everything.  At just five mana, this beatstick provides indirect damage, deck manipulation, a durable 5/5 body, and an activated ability that can quickly turn the tide of the game.  However, not every new creature released is as much of a no-brainer as The Scarab God.  In this article, I describe how I personally render my initial judgment on new creatures when considering whether they will make an impact on Standard or any other format. 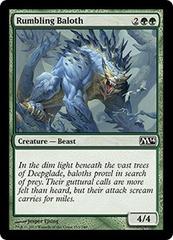 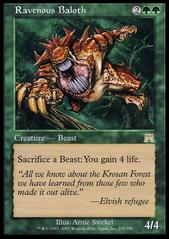 Let’s start with the basics.  Even the newest of players can see that Ravenous Baloth is better than Rumbling Baloth.  They have the same casting cost, power, toughness, and creature type.  They are functionally the exact same card except Ravenous Baloth has an added ability.  It’s pretty easy to determine whether or not you should include one or the other in a deck, so long as you have access to both and follow all deck construction rules (ex. you obviously can’t have six Ravenous Baloth in a deck.  If you were so inclined, you would have to include up to four Ravenous and the remaining two as Rumbling.) 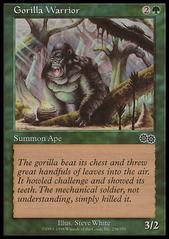 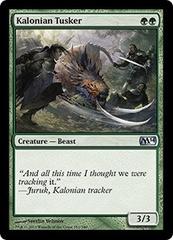 Let’s shake it up a bit.  For 19 years, I have noticed that the R&D department values one color of a specific mana as the rough equivalent of two colorless mana.  Here, we can see that Kalonian Tusker is “better” than Gorilla Warrior.  Let’s look at a similar comparison: 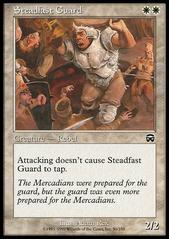 Again, this is a fairly simple comparison.  Steadfast Guard is one mana cheaper than Pearled Unicorn, and even has the same power and toughness, but the guard also has the Vigilance keyboard.

At first glance, the guard looks to be better than the unicorn.  However, much like the tusker over the gorilla, he costs double white mana (WW) as opposed to the unicorn’s white and two of any color mana (2W).  In a mono white deck, the guard is a slam dunk over the unicorn, because (presumably) all of your lands can create white mana.  However, if for some reason you were considering playing one of the above two cards in a multicolored deck, the choice becomes slightly more difficult due to the guard’s stricter mana cost.  For example, if you were trying to pick which 2/2 belongs in your Black/White deck, you may consider the unicorn over the guard if you have concerns about your mana base producing double white mana on turn two.

Here’s where it gets tougher.  According to my personal metric, the casting cost of 4G is the equivalent to GGG.  Sorry, treefolk, but the elf kicks your ass.

Spiritmonger was an absolute menace during the Invasion Block.  Upon returning to Magic at the end of AEther Revolt, I immediately noticed the similarities between these two undercosted fatties.  Each of these guys gives you a lot for the money.

Based on the above discussion alone, these are my picks to make a splash during Dominaria.  It’s important to note that these cards merely seem undercosted to me in a vacuum.  Obviously, deckbuilding involves much more than “Hmm, this guy seems cheap.”  The full cast of supporting players and spells will determine whether or not a card is viable.

2 Comments on “Evaluating the Competitive Viability of Creatures”