A Handful of Magic Items 5

Before we enter the new year, we wanted to present you with yet another handful of magic items! This brings the total number up to fifteen, and I’m pretty pleased with this bunch. The items presented here are a mixed bag; a ring of cantrips, a weapon designed to slaughter the weak, and a staff of travelling in style. I’m toying with the idea of including some of them in my D&D campaign, set to resume in the new year, and I couldn’t be more excited!

Staff of the Traveling Mage (requires attunement)
This staff contains 7 charges, and regains 1d6+1 expended charges daily at dawn. If you expend the last charge, roll a d20. On a 1, the staff teleports out of your hand to an unknown location, possibly on another plane of existence. You can cast the following spells by expending the corresponding number of charges.

This staff is made from a dark, intricately carved wood, though it is very sturdy. A magical orb floats at the top of the staff between prongs, and a small gem is set at the bottom. The orb and gem change colors depending on which plane the staff finds itself.

Hordebreaker (any Two-Handed weapon, usually Greatsword)
This weapon counts as a +1 of its type. When making an attack with this weapon, the wielder may choose to attack two creatures in range instead of one by splitting the weapon into two one-handed versions as a free action. Roll an attack against both creatures. If either creature is hit, they take half damage, rounded down. If both creatures are at least one size category smaller than the wielder, they take full damage instead. This weapon can not be used to make an off-hand attack while split in two.

This ornate greatsword pulls apart into two smaller blades, bound to each other by magic. When pulled into two, the smaller blades seem to pull towards smaller creatures with great accuracy and precision.

Ring of the Indecisive Wizard (requires attunement)
This ring contains a single cantrip at a time, which changes daily at dawn. Each dawn, roll a d20 and consult the result below. That is the cantrip stored within the ring that day. Intelligence is the ability score used for Spellcasting.

This iron ring is studded with 16 small gems around the perimeter of it, each one representing a minor spell stored inside. Everyday a new gem lights up, indicating which spell the ring has been randomly chosen to be available.

As I said, it’s a bit of a mixed bag. I designed the staff as I tended to shy away from items that store spells, but wanted something with utility that used existing magic. I debating on including Teleport as a spell that would require all 7 charges, but ultimately decided against it as I want to introduce this item sooner than later and didn’t feel like giving my party access to a level 7 spell. Were they higher level, absolutely would have included it as each time it’s used there’s a 5% chance the staff will poof away.

For the sword, I was influenced by both the ranger feature of the same name, as well as the sword of a certain dead king from a certain popular fantasy franchise. I wanted something weaker than the ranger ability as to not compete with it as much, but something would keep the spirit when it inevitably falls in the hand of my party’s barbarian. Allowing him to have some sort of AOE against smaller creatures is exciting and situational, while keeping the damage against two Medium or larger creatures only slightly higher than the damage against attacking just one.

And lastly, we have the ring chock full o’ cantrips. I wanted to have some fun and add some chaos without breaking anything, and I think this is a fun solution. By throwing every Wizard cantrip in it but not allowing the player to control which one they can cast is great. It could be used by a spellcaster to potentially augment their own selection (lest the ring have one they already know), or be given to a non-spellcaster for something a little different. If you wanted even more chaos- have them roll every time a spell is cast, with a roll of 1 meaning the ring goes dormant until the next day, and a 20 meaning the two spells are cast simultaneously.

Let me know what you think of these items, and how you would improve them or change them to fit into your campaign.

Thanks for reading.  If you enjoyed the article, be sure to follow along on Facebook, Twitter, YouTube, Instagram, Patreon, and SoundCloud so that you don’t miss anything.  We are also now Twitch Affiliates, so please subscribe to our Twitch channel for free with your Amazon/Twitch Prime account.  It’s a great way to support our blog without costing you anything!

3 Comments on “A Handful of Magic Items 5” 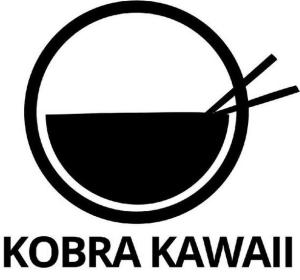