One of the greatest things about roleplaying games is the diversity you can find in both the players and the characters. A human wizard standing alongside his dwarf cleric and elvish ranger compatriots. Cyborgs and aliens working together to investigate the hull of a destroyed ship in the middle of deep space.

But, there is something interesting about playing a homogeneous group in a game like D&D where you’re expected to be part of a diverse group. Let’s take dwarves for example. Usually, in my experience if someone plays a dwarf, they play a dwarf. They’re gruff, have a particular accent (however good or bad they try to do it), love mining, and love gold. People do of course play them differently, but you can usually count on at least part of that trope staying in there somewhere since it helps define the character compared to the others.

But what if we had a party of only dwarves? No longer can you define yourself by the stereotypical dwarf tropes we all know and love, but you need to push yourself beyond that shell. What makes your character unique beyond themselves? How do they stand out in a crowd of people that look similar to them in a world where not many people do? If you’re a wizard and your companion is a cleric, how would that affect your outlooks? Maybe they revere their ancestors a bit more prominently than the rest of the clan, and perhaps you are a bit more independently minded than the rest. Better yet, go beyond anything written on your sheet. Look at your best friend growing up; chances are your experiences up to a point weren’t too dissimilar. You both likely went to the same school, had the same friends, hung out together and did the same things, yet you’re a totally different person than them. It’s these little things about us, and your character, that breathes life into them and makes them unique. I think playing a campaign, or even a one-shot with a group of homogeneous characters would be beneficial, if only to further elaborate on these details for your future characters.

I will note that I mostly see this with the classic races in fantasy more than anywhere else; dwarves, elves, and halflings suffer from it the most, but even half-orcs and gnomes have it bad from what I’ve seen. We also live in a time where people can share their character concepts online, and this has definitely been chipping away at the tropes many a gamer has leaned on for a while, with elaborate backstories becoming great stories in their own right.

This can also be applied to classes as well, and if you look specifically 5th edition they’ve done a great job of alleviating some of this with the different subclass options you can take. I recall reading an article way back when 3.5 was the hot thing about a DM who ran an all monk group just to prove that class was dynamic and could be played in many different ways. How true that rings today with 5 published subclasses for monk, and a bunch more in Unearthed Arcana. This of course relies more on the mechanical aspects of the class to differentiate, but another exercise here could be why your character chose the path they did. Sticking with monks, why does your monk stick to the shadows while your friend openly practices their pull on the elements? If you come from the same monastery even, this forces you to come up with some potentially awesome ideas for what makes your character unique and why they are the way they are.

At the end of it all, I want to reiterate that having diverse characters and especially diverse players, is what makes these roleplaying games that we play amazing. But sometimes it can be a fun challenge to make yourself stand out of a crowd of 4 other halfling barbarians. Let me know how you distinguish your characters and come up with their personalities and backstory in the comments or on our social media! 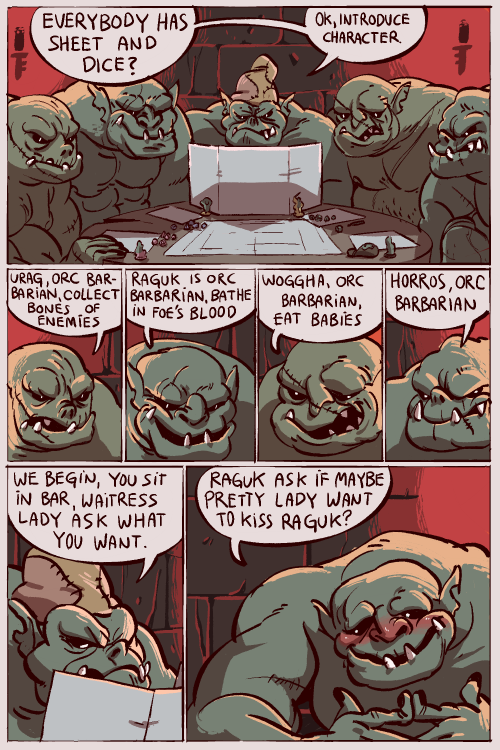 Also, there is one day left to try and win some dice! Head on over to our Twitter to enter! And be sure to follow us on Facebook, where we will soon be announcing a new giveaway early next week!