The legendary roleplaying group known as Critical Role has once again smashed the expectations they set for themselves, for the community, and for their wildest kickstarter dreams. 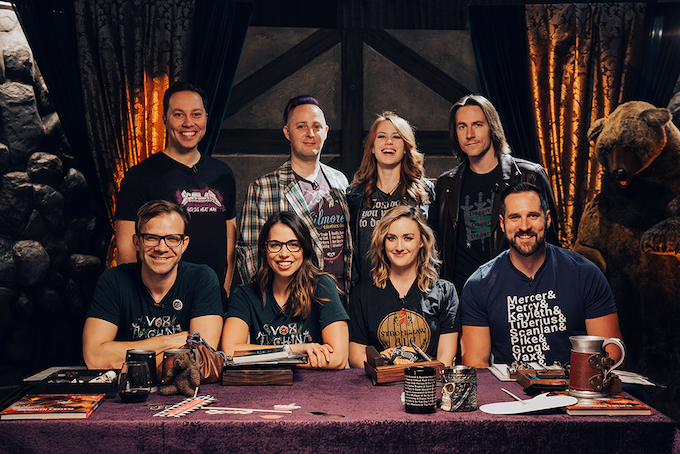 So now with two weeks to go in the kickstarter they are sitting pretty at a smooth $8.9 million for their upcoming cartoon series.

Last time I posted they had smashed their original goals in less than 24 hours. Now they’ve added more goals and once again the community responded with filling all of the stretch goals in round 2! What’s insane is that it has broken not only Kickstarter records, but has now funded over 8 million dollars for a cartoon! Kickstarters previous record in a similar category was

They were able to raise not only the initial goal in under 24 hours but raising well over over $5 million to hit all their stretch goals in the first 48. And with two weeks remaining the Critical role series is now at 8.9 million. The previous kickstarter record was for the veronica mars movie which raised $5.5 million.

Now I’ll make an unusual request; if you haven’t already chipped and this content interests, you consider supporting for a mere dollar. The CR community feels that giving $1 to get a crude census poll is the best way to demonstrate the number of people interested in the series. As mentioned in an interview with one of the cast members, the powers that be at Cartoon Network, Netflix, etc. were concerned primarily with how many people would be interested and less about how much their fans would spend on the content. Basically the networks were concerned about quantity vs quality in the viewership.

While the campaign total certainly sends a message about disposable income for things like toys and merch it doesn’t give industrial types a great idea how many people would actually want to watch this high fantasy Dungeons and Dragons based content.

@ashleybrooke_419 bought her first set of RPG dice! She couldn't decide between two sets at @battlegroundgames and decided to roll the d20 of each... the other d20 came up 18, but this one came up 20! Can't not go with it!
This is what all the cool kids are doing, right?
Got this awesome haul at @battlegroundgames Fall Sale! Couldn't ask for a better FLGS!
We're playing Onitama! It's a great 2-player gem that forces you to plan out a few moves ahead!
Where's the beef? Ogor Butcher painted up! First time using Blood For The Blood God technical paint and I love it
There are two types of people in D&D: wizards who want to blow shit up, and the rest of the party who are also in range of the fireball.
Finally got in a game of Beastgrave! Victory for the beastmen!
Real ogors wear pink
#latergram its 5-1 now laugh 😂😂 at #nhlbruins @nhlbruins
%d bloggers like this: